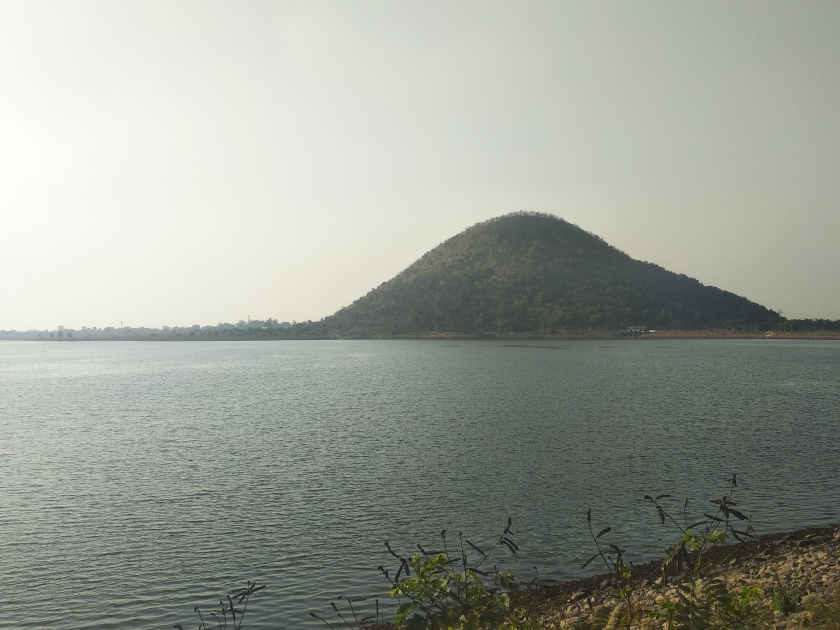 Tucked away in a remote corner of Purulia District in West Bengal lies Baranti-a sleepy hamlet where your search for peace might end,where your thirst for seeing the colors of nature may be quenched,where life and nature are in perfect symphony to each other.Far away from the humdrum of life or the excitement of any regular tourist place welcome to Baranti- the sleepy Santhal village abounding in natural beauty of a beautiful dam and a lush green hill in perfect consonant to each other coupled with the orange blossoms of the Palash trees during spring which forms a canopy on the entire stretch giving the landscape a hue which reminds one of the colors of the setting sun.A lake glistening in the sun rays,a quiet mountain standing as a spectator to life,a little road running across the dam,dusty red soil,village children playing around with flowers,elderly grazing the cow and ploughing the field,village women walking distances to collect drinking water…little snippets of everyday life in Baranti….you will definitely fall in love with the rustic silence and simplicity of the village. 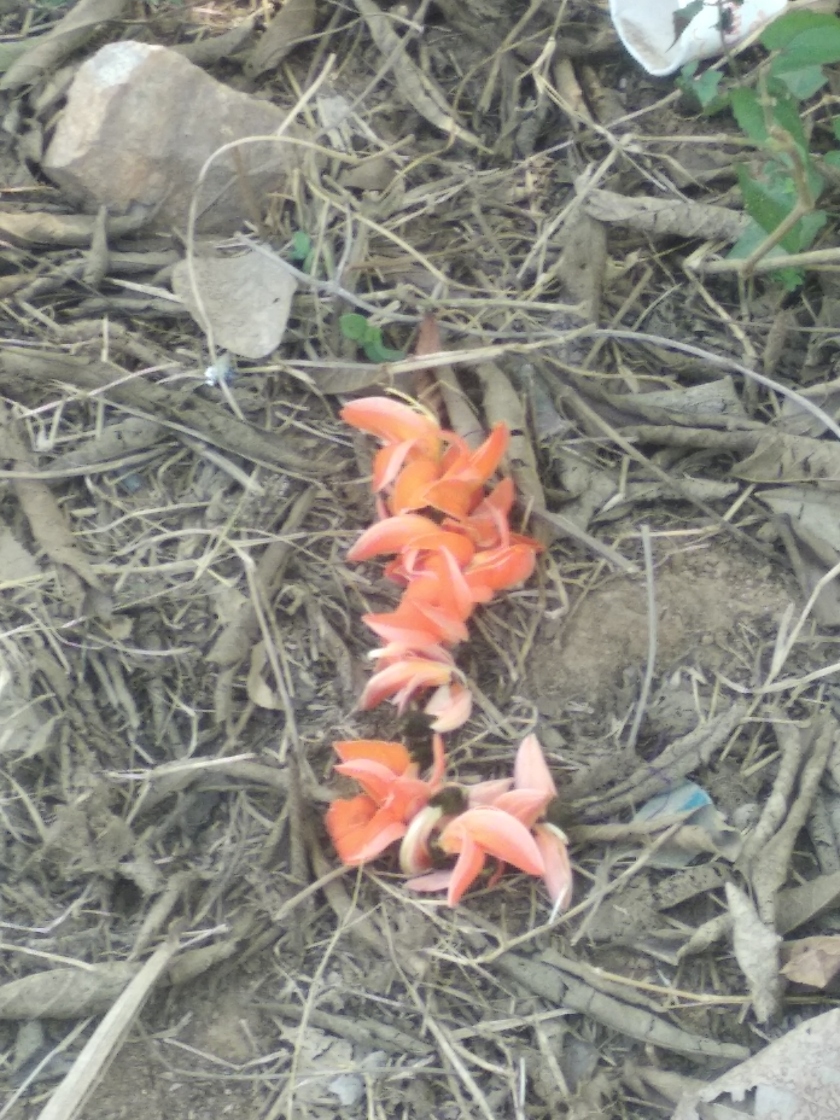 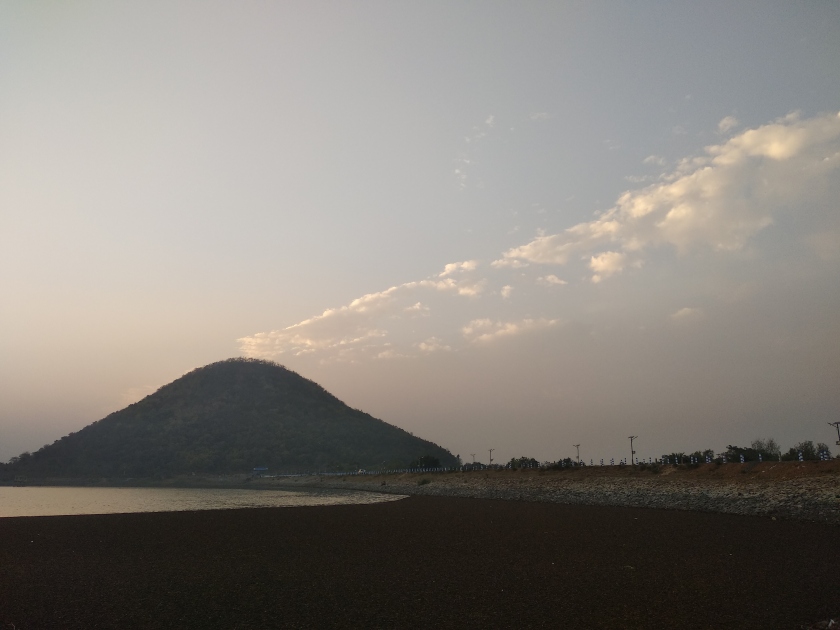 An hours drive from Asansol station crossing the Damodar River, passing through quaint raliway stations one can reach Baranti easily.An early morning train on a weekend from Howrah to Asansol and then a hours drive by a car or another ride in a local train to Muradi ,the nearest station one can easily reach the little village.The best time to visit Baranti is during winters if one wants to chill in the low temperatures or during spring if one wants to see the orange blossoms of the Palash trees….roads covered in the orange hue.If you like the rains lashing across lifting your tired spirits Baranti can be sensual as well in the rainy season.Eco resorts abound at Baranti…choose the one with an unhindered view of the lake and the hill.Sight of the early morning reflection of the hill in the waters of the lake , birds flying across one cannot but ponder in silence . 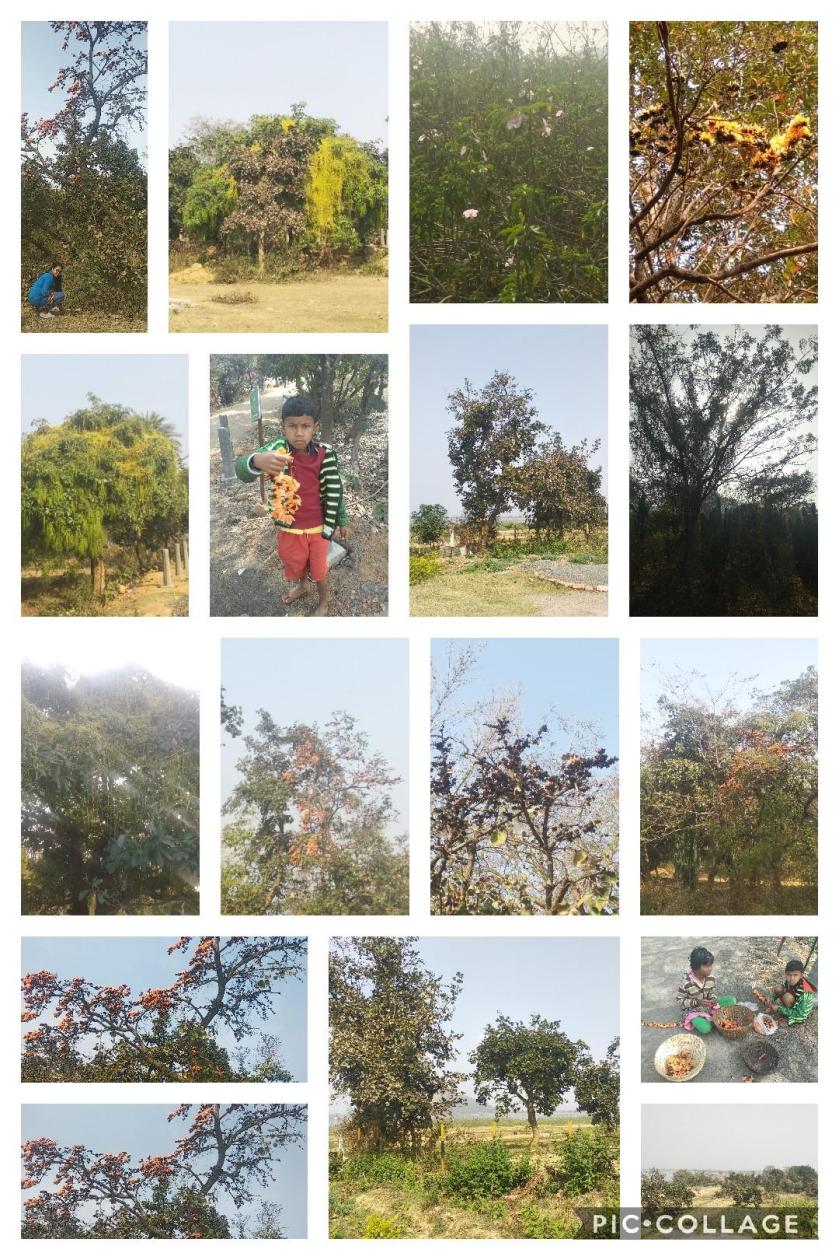 If you are in Baranti and you are stressed due to the humdrum of daily life plan nothing.I planned Baranti in the middle of a week and was amply rewarded.The best way to chill is to sit in the balcony with the perfectly brewed tea or coffee ,a book of your favorite author and your favorite tune.Village boys came to sell little garlands of Palash for a mere Rs 10.Food never tasted so fresh and delicious to me …plain rice, dal with a hint of ghee, a mixed vegetable , fresh fish from the lakes and tomato chutney …an afternoon siesta.Life seemed best that afternoon at Baranti. As the sun was setting the winds became chilly and the best option was a walk across the road up to the end of the dam. 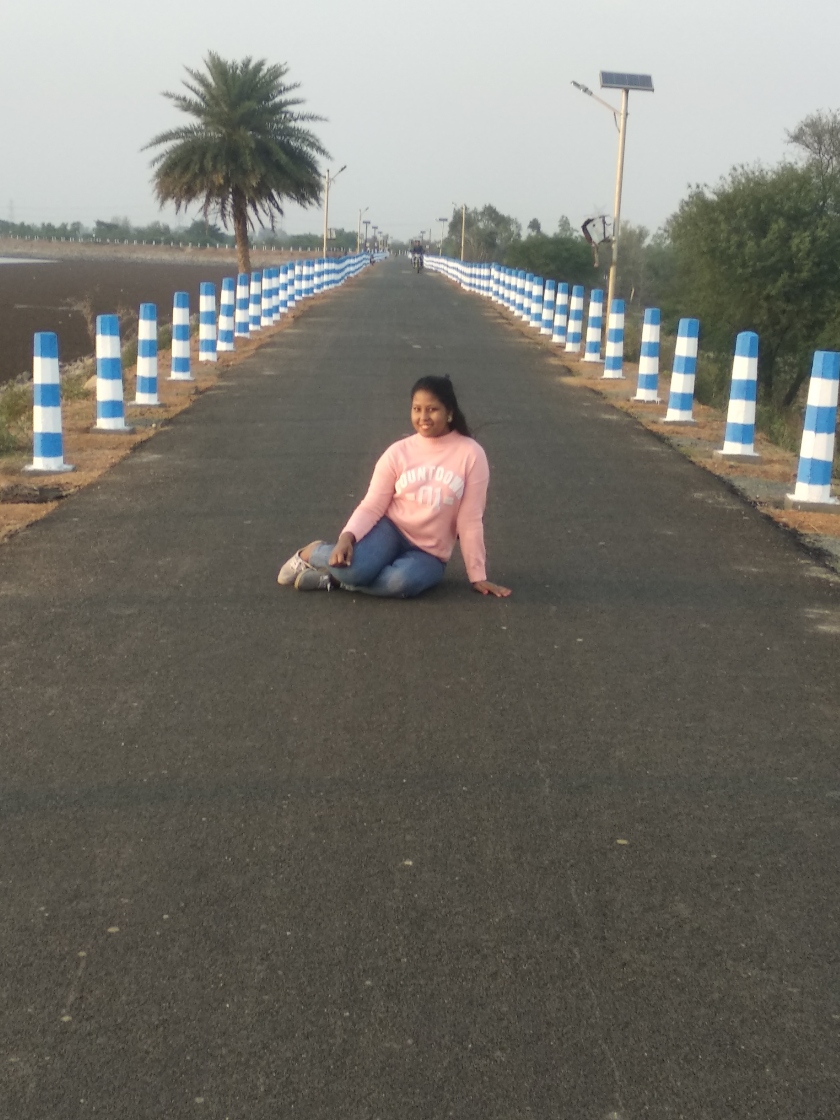 The setting sun transformed the water magically -red,orange hues,glistening rays and ripples of the water…the view was ethereal.I walked across the lonely road up to the gates of the dam and the sat in silence .Back to the resort I was greeted with a spiced up tea,aloor chop and muri makha with bits of coconut,soaked grams,onions and whole green chillies. Simple yet delicious.Night descends fast at Baranti,howling of the wolves,prayers from a faraway mosque,fire flies ….a lovely dinner of a mildly flavored chicken curry made of local chicken or a plate of steaming hot khichuri with fritters . 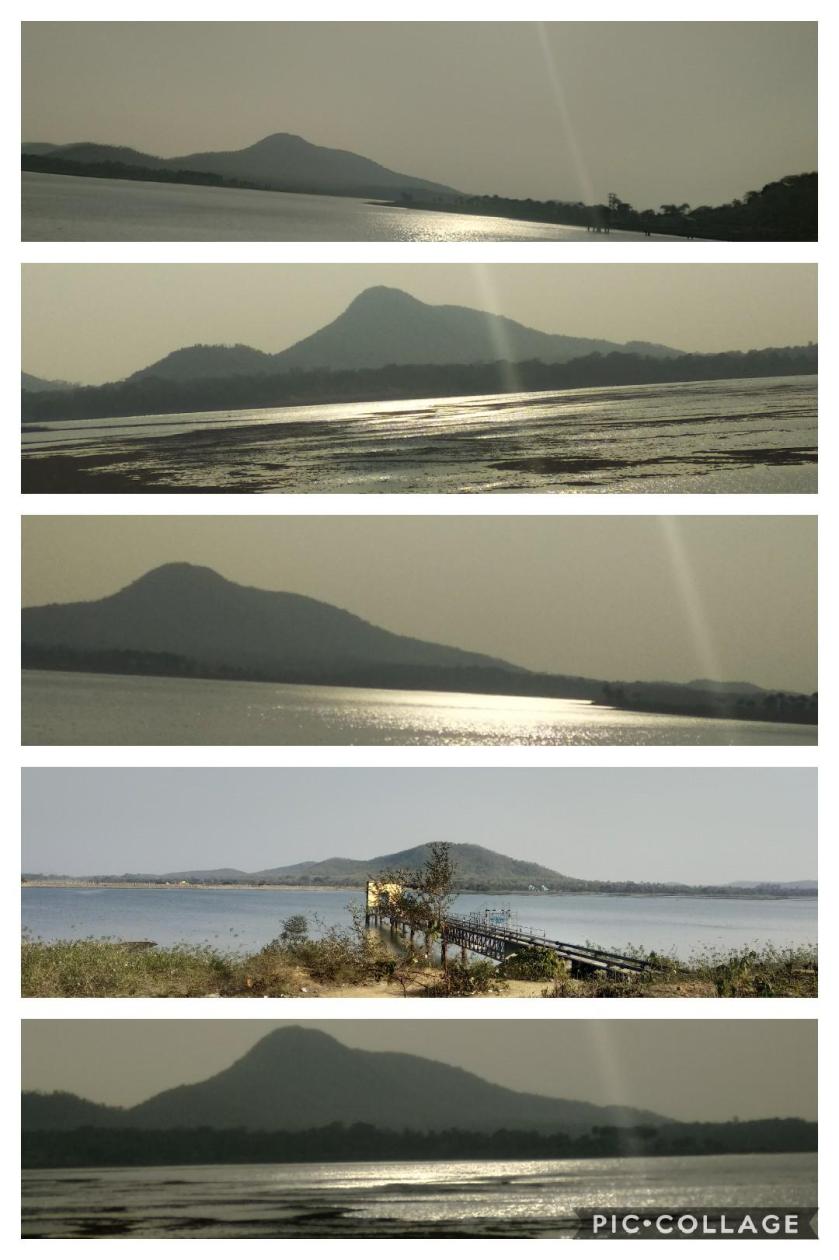 For those in a big group and wish to travel around an afternoon trip to Susunia and Biharinath hills are an option.The ancient stone inscriptions of King Chandravarman are found at Susunia. Stone carvings and Dokra artifacts can be seen at several adjoining villages.You can walk up to the the Gardeshwari river bank and the holy spring or if you are an amateur mountaineer try trekking and rock climbing.At Biharinath catch the sunset over the hills ,climb up the Shiva temple and visit Joychandi Hills of Hirak Rajar Deshey fame. 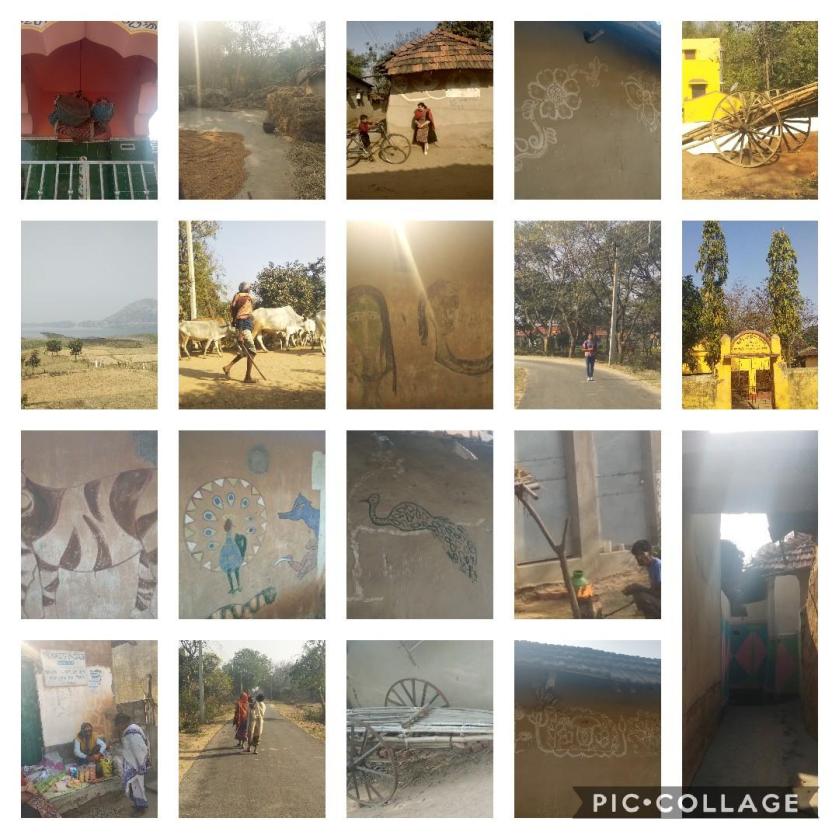 When at Baranti you can leave a window of the room open and let the fresh air of the morning and the sun rays wrap you in its magical embrace.The mornings are as beautiful and pristine as the nights.After a cup of my favorite Earl grey and some Rabindra sangeet I ventured to the nearby Santhal village.A stop at the solitary village shop selling essentials I meandered my way to the village.The memory created there will be forever etched in my mind.Neat mud houses,artistic tribal motifs on the walls,village wells,the small primary school,little boys running around,women going about their daily chores,people walking miles ,the village market with only one vendor selling all the essentials,bullock carts,husk thrown around,utter poverty yet smiling faces….long winding roads,palash trees and the distant mountain.Untrained yet artistic skill par excellence of the villagers,environment consciousness that too not taught but acquired,cleanliness amidst scarcity of water….lessons of life one can learn from the villagers. 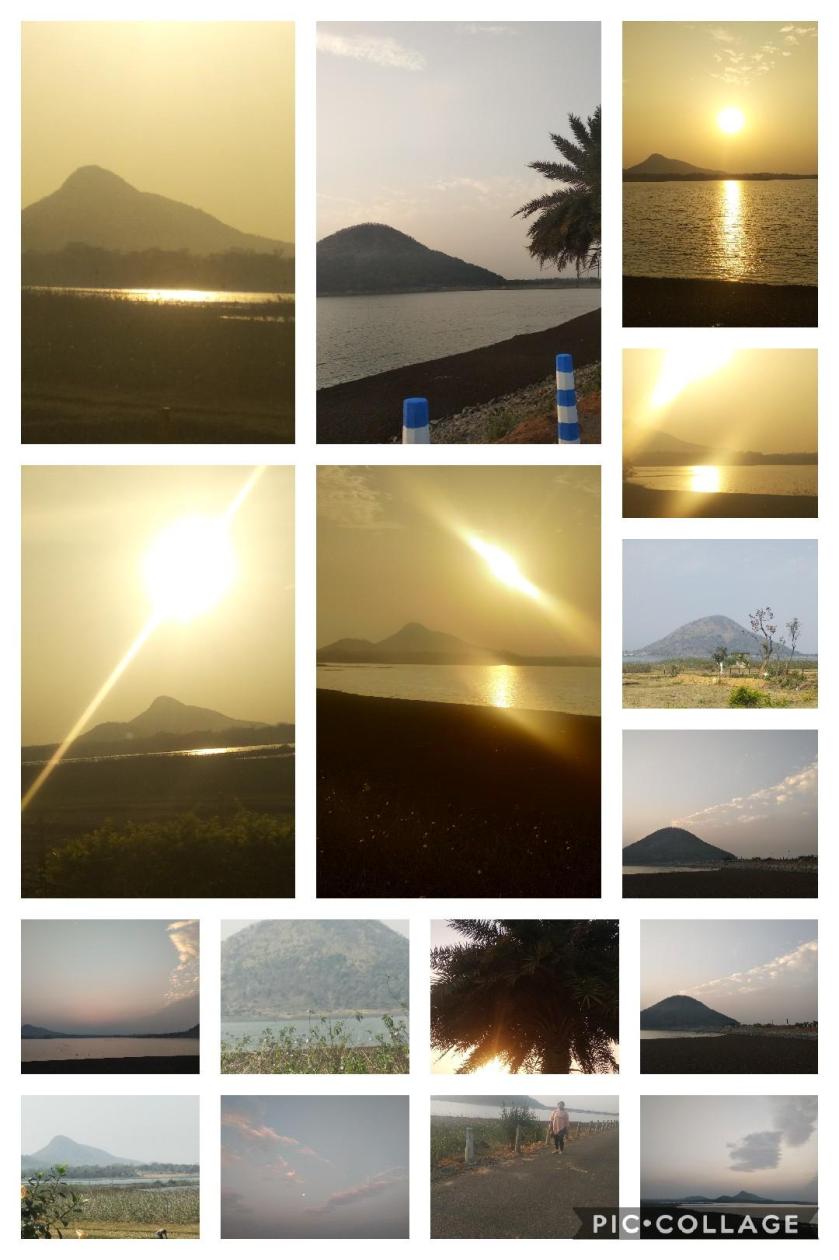 An early lunch with the typical Bengali chorchori made from vegetables freshly picked from the fields and the fragrant macher jhol with a touch of mustard paste ,I decided to go for a short trip to Garpanchakot and Panchet Dam. 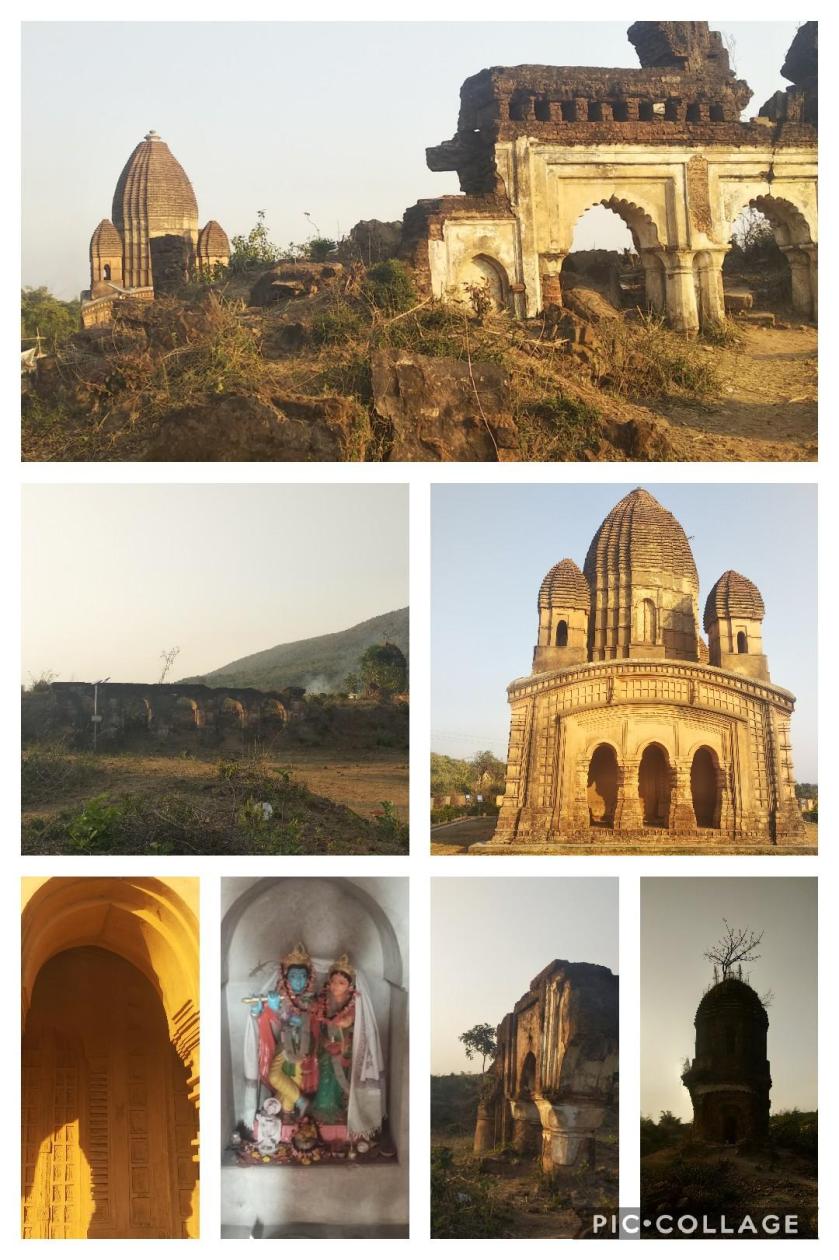 Panchkot was part of an ancient East Indian kingdom known as Rajchakla Panchkot, locally known as Panchet. Damodar Sekhar established Panchkot Raj probably during early 90 AD with the help of Sardars of Jhalda. To give recognition to the main five clans of the locals the kingdom was named Panchkot. The Sing Deo Dynasty ruled Panchkot for 800 years . Panchkot Giri has its references in the Puranas also. The place was then known as Sekhar Bhum from which the founder king of Singh Deo Dynasty Damodar Sekhar derived his name. The kingdom was probably a part of old Tilakampa Kingdom. The ruins of Telkupi, went under water after the construction of Panchet Dam. The ruins of the Garh (Fort) of Singh Deo Dynasty and a group of temples is still standing as mute spectators of the rise & fall of the dynasty. The temples are of different architectural styles, the principal one being a Pancharatna temple accompanied by JorBangla type and more than one Pirha type temples made of stone. The Pancharatna temple still carries some depleted but exquisite piece of presumably pre-muslim period terracotta work on its arches and pillars. Around 1600 AD, Garhpanchkot came under the rule of the famous king Bir Hambir of Bishnupur Malla Dynasty, . The Maratha raiders, locally known as Bargis, ransacked the place in the 18th century.The great poet Michael Madhusudan Dutt visited the place during 1872 for a short period as an estate manager of Singh Deo dynasty. He wrote three poems on Panchkot namely Panchkot giri, Panchkotoshyo Rajosre and Panchkot Giri Biday Sangeet. 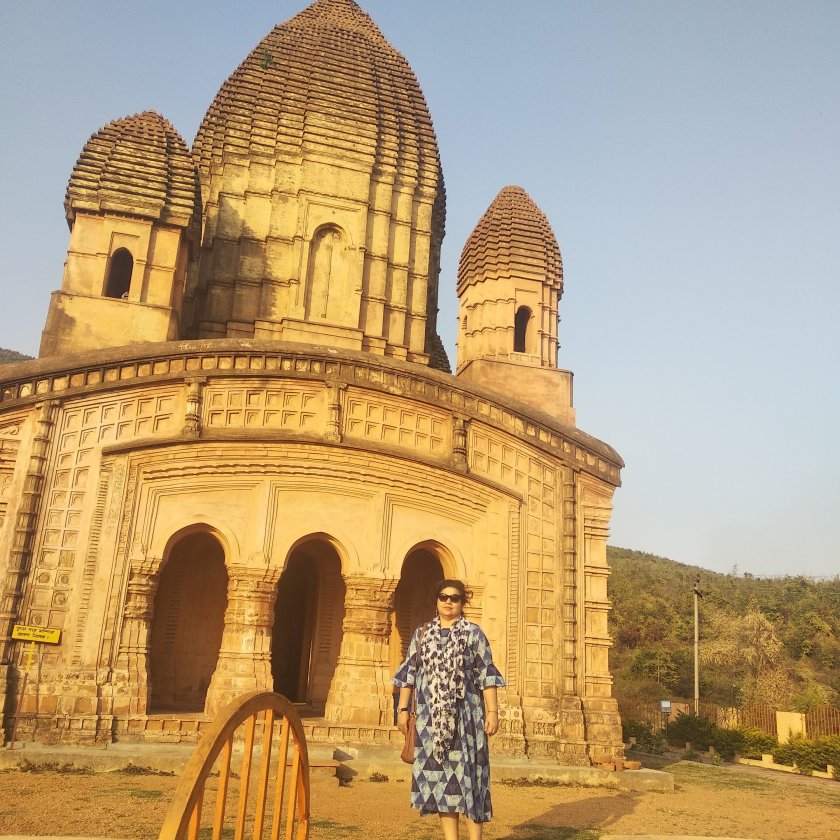 The temple has been restored by the Archaeological Survey of India .The terracotta panels are in good shape now.The gate to the temple still stands in lost grandeur,the remains of the palace ,the minars are a mute spectator to history.The overgrown weeds and grasses gives the ruins a feeling of lost in time.Close to the ruins one can stay overnight in a eco resort. If one prefers to spend a night in the jungle a good option would be the property of WBFDC. I decided to catch the sunset from the expanse of the Panchet Dam,one of the engineering marvels of post independent India.The return to Baranti in the full moon night amidst village roads and jungles was filled with a muted excitement of the unknown.The ever smiling manger of the resort served coffee with great chicken pakoras. Dinner was my favorite comfort food – rice,boiled potatoes ,boiled egg and a thin lentil soup charged up with hot green chilies and spoonful of pure mustard oil. 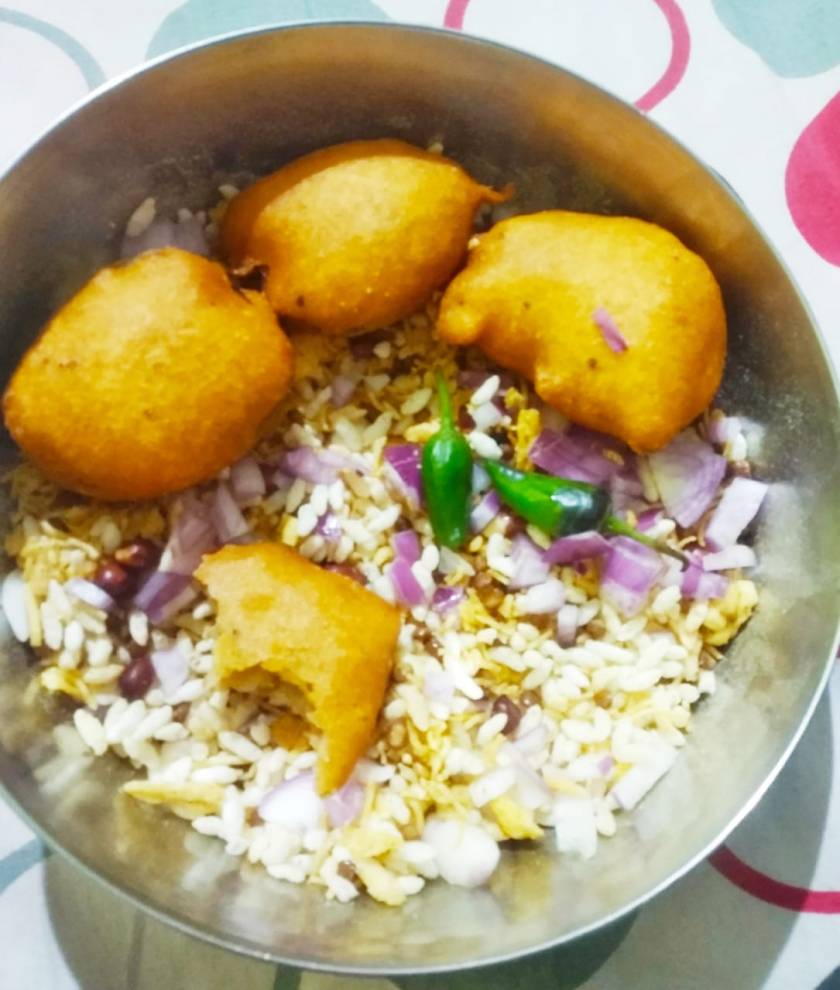 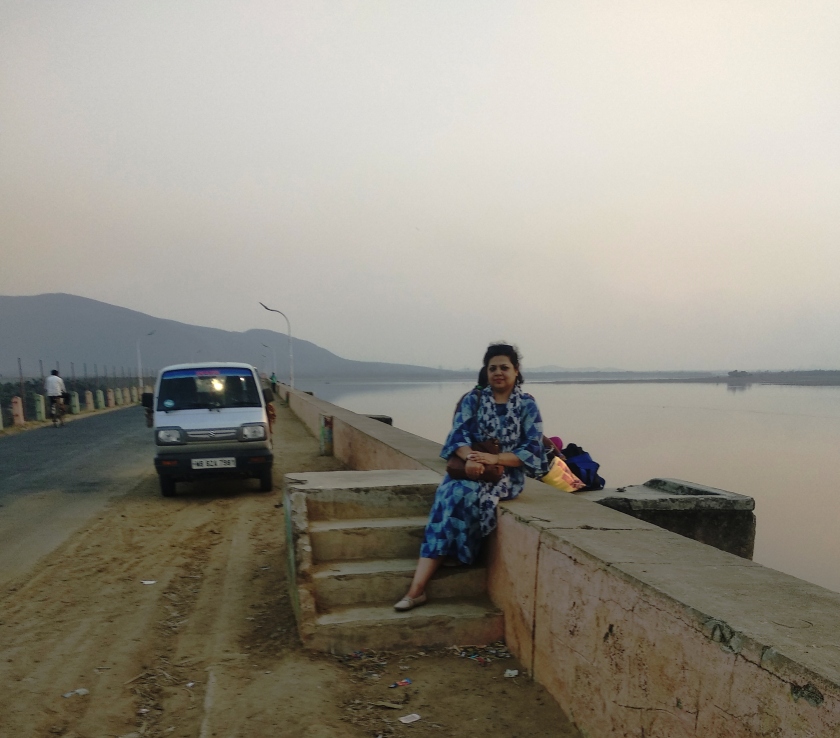 To leave Baranti and its sunshine,its cool breeze,the little boys,the palash flowers,the silent lake was heart breaking.Yet life moves on and as I bade goodbye to the red soil,the orange blooms and the mountains I made a promise to myself….to be back again soon. 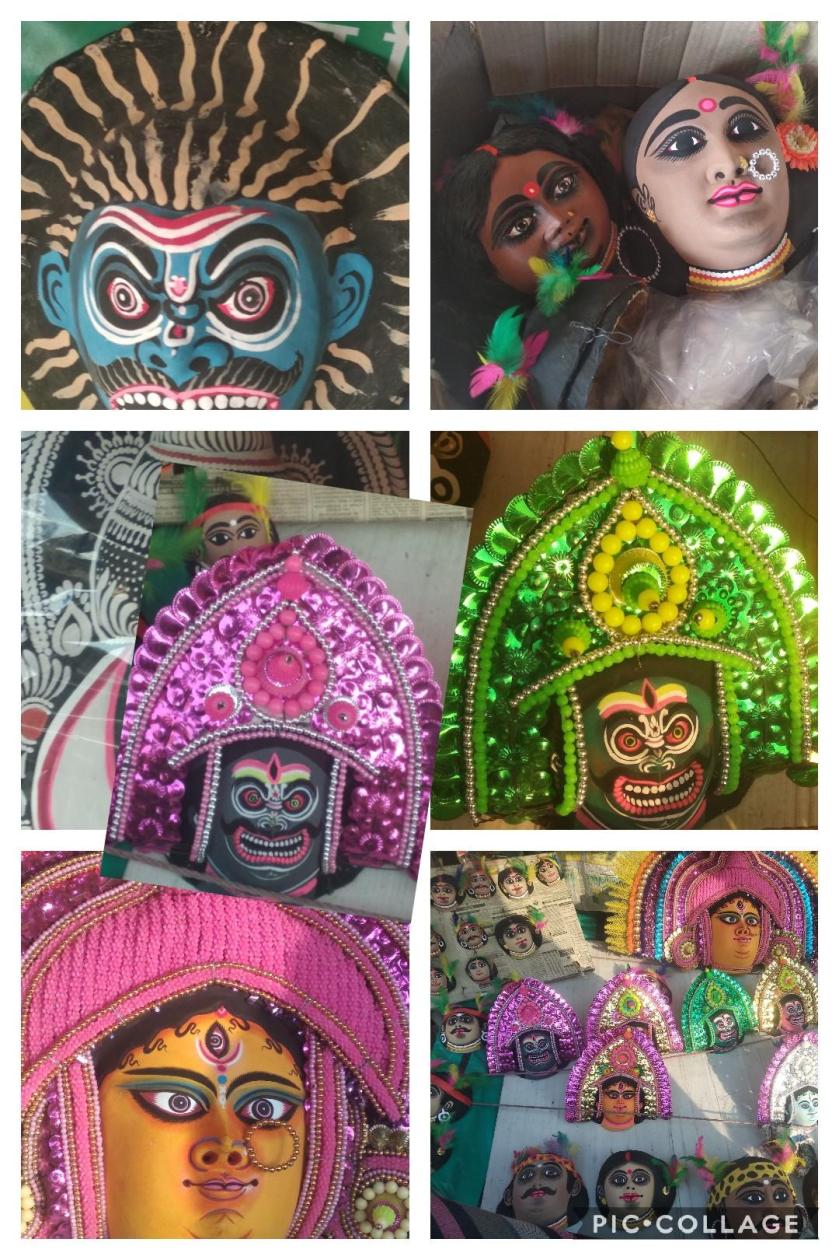 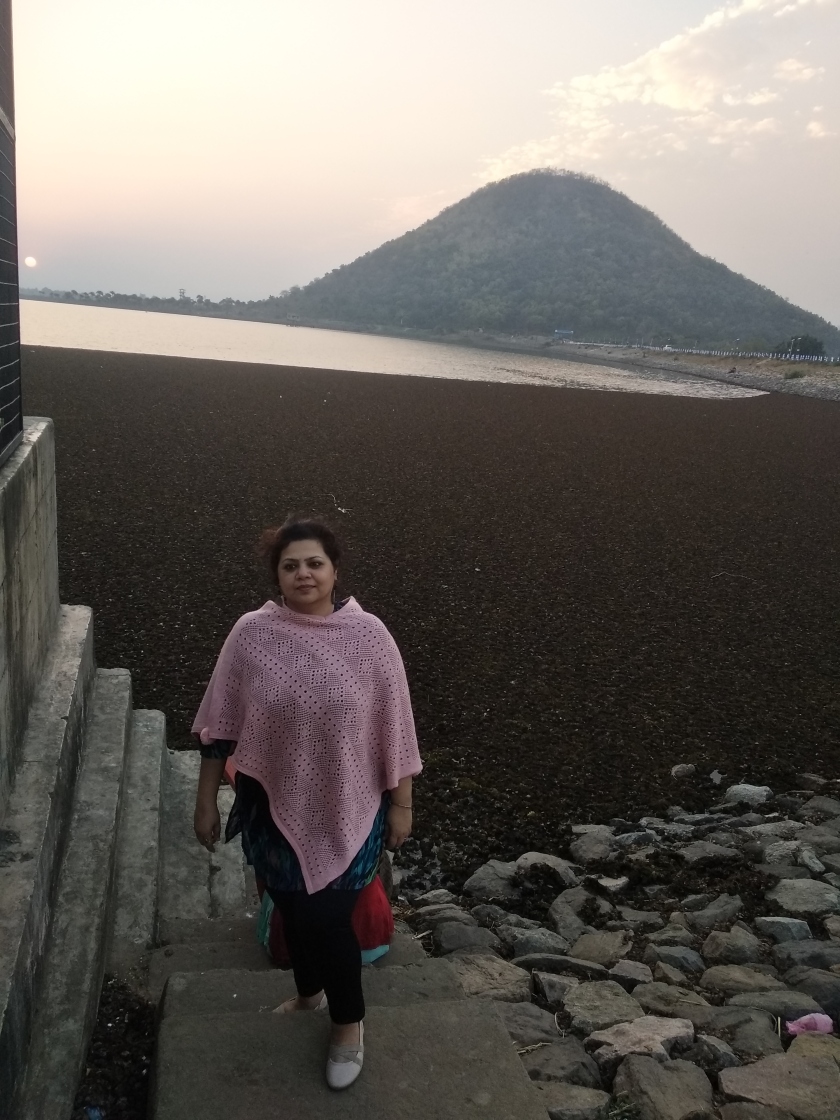 Always happy when it comes to food and travel.Love looking beyond the cuisine and beyond the known landscape.Food describes a person,a culture ,a nation and a psyche.Both foodscape and landscape of a place joins together to weave the history of the place.My endeavor is to travel through that history,enrich myself and evolve continuously.Be my co- traveler through this enriching experience. View all posts by ranjinipinky

10 thoughts on “BARANTI-A HAMLET OF PEACE AND COLORS”